Le Panthéon: an ambitious monument to the greatest French citizens. From Rousseau, Voltaire and Braille to the Curies and Malraux, le Panthéon is famous as the resting place of philosophers, scientists, writers and thinkers who shaped France’s national identity. A grandiose building imagined by Soufflot, whose intention was to outshine St. Peter’s Basilica in Rome and St. Paul’s Cathedral in London. We are very proud to have been asked to play a part in its restoration. 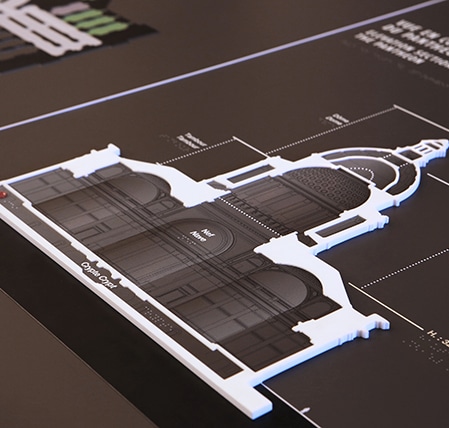 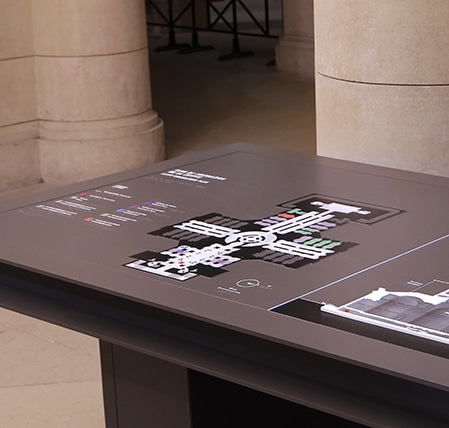 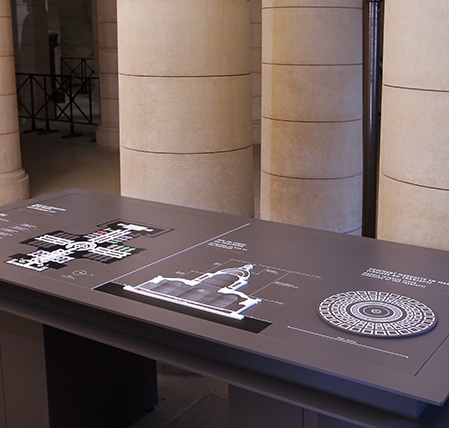 We have partnered with the team at le Panthéon for several years on different projects. This time, the subject was the building itself – its unusual architecture, its huge spaces and its main artistic features. We designed and produced two tactile stations: one in the nave, the other in the crypt. Along with the Pantheon team, we ran trials involving blind and visually-impaired volunteers during the process. Their valuable feedback helped us to refine our initial designs and produce beautifully executed and user-friendly exhibits.

The first tactile station presents a 1/200 scale 3D architectural model of the building, set in its urban surroundings. The second station is about the crypt, contrasting the depth of the crypt itself and the vastness of the space above. It is a metaphor for the physical remains of the great individuals and the sense of their huge cultural and intellectual contribution filling the immense dome. 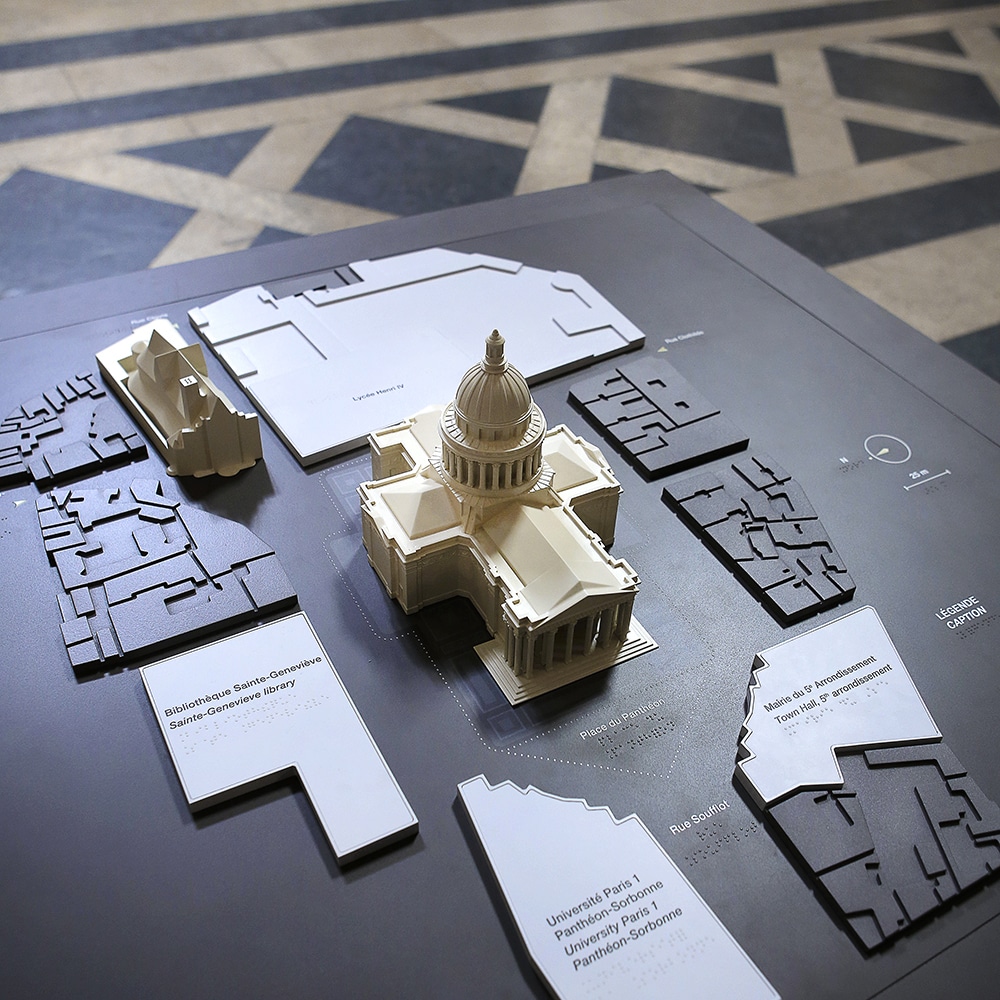